The paper “P-persistent homology of finite topological spaces“, authored ISI Topdrim partners Francesco Vaccarino, Alice Patania, and Giovanni Petri, was  just now published online in arXiv. The authors show  – being P a finite partially ordered set, briefly a finite poset – for any P-persistent object X in the category of finite topological space, there is a P-weighted graph, whose clique complex has the same P-persistent homology as X.

The paper has been submitted to a peer-reviewed journal and waits the reviewing process. 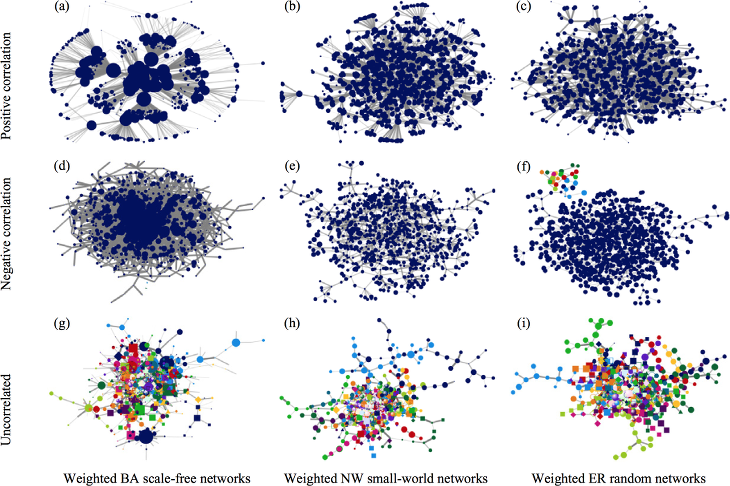 Topdrim partners from the University of Amsterdam published recently a paper in the Journal of Statistical Mechanics: Theory and Experiment that tries to understand the impact of the correlations of the underlying weighted networks on epidemic spreading.

Topdrim partners G. Petri, and F. Vacarino from ISI published a new paper with colleagues from the Kings College London and Imperial College London entitled Homological scaffolds of brain functional networks. The paper appeared in the Journal of the Royal Society Interface and is available as open access.

Networks, as efficient representations of complex systems, have appealed to scientists for a long time and now permeate many areas of science, including neuroimaging (Bullmore and Sporns 2009 Nat. Rev. Neurosci. 10, 186–198. (doi:10.1038/nrn2618)). Traditionally, the structure of complex networks has been studied through their statistical properties and metrics concerned with node and link properties, e.g. degree-distribution, node centrality and modularity. Here, we study the characteristics of functional brain networks at the mesoscopic level from a novel perspective that highlights the role of inhomogeneities in the fabric of functional connections. This can be done by focusing on the features of a set of topological objects—homological cycles—associated with the weighted functional network. We leverage the detected topological information to define the homological scaffolds, a new set of objects designed to represent compactly the homological features of the correlation network and simultaneously make their homological properties amenable to networks theoretical methods. As a proof of principle, we apply these tools to compare resting- state functional brain activity in 15 healthy volunteers after intravenous infusion of placebo and psilocybin—the main psychoactive component of magic mush- rooms. The results show that the homological structure of the brain’s functional patterns undergoes a dramatic change post-psilocybin, characterised by the appearance of many transient structures of low stability and of a small number of persistent ones that are not observed in the case of placebo.

The paper can be accessed at:

Topdrim organised the DyM-CS cluster workshop during ECCS’14. The aim of this workshop is to gather researchers involved in the DyM-CS running projects to share preliminary results, methods and theories.

The workshop chaired by professor Jeffrey Johnson was an half-day meeting that allowed for presentations by different projects representatives of their main results and contributions towards the study of the Dynamics of Multilevel Complex Systems.

This year’s European Conference on Complex System was highly successful for Topdrim. Different Topdrim partners work was accepted for talks, either in the main conference or in the satellite meetings. The following is a list of the talks given during the conference:

Members of the Open University, Professor Jeffrey Johnson and Dr. David Rodrigues, visited the University of Camerino during the week of September 15-20. This collaboration focused on topics of interest for the project and resulted in the production of a joint paper to be published soon:

Topdrim organised a one day meeting at the university of Amsterdam. This meeting hosted by the partners at UvA, allowed the team members to review the second year progress of the project and to prepare the forthcoming initiatives of the consortium, namely its participation on the European Conference on Complex Systems and the DyM-CS satellite meeting.

In order to define a new method for analyzing the immune system within the realm of Big Data, we bear on the metaphor provided by an extension of Parisi’s model, based on a mean field approach. The novelty is the multilinearity of the couplings in the configurational variables. This peculiarity allows us to compare the partition function Z with a particular functor of topological field theory—the generating function of the Betti numbers of the state manifold of the system—which contains the same global information of the system configurations and of the data set representing them. The comparison between the Betti numbers of the model and the real Betti numbers obtained from the topological analysis of phenomenological data, is expected to discover hidden n-ary relations among idiotypes and anti-idiotypes. The data topological analysis will select global features, reducible neither to a mere subgraph nor to a metric or vector space. How the immune system reacts, how it evolves, how it responds to stimuli is the result of an interaction that took place among many entities constrained in specific configurations which are relational. Within this metaphor, the proposed method turns out to be a global topological application of the S[B] paradigm for modeling complex systems.

The Topdrim project was present in Berlin for taking part in CS2Bio 14. CS2Bio is a one-day workshop focusing on the interaction between computer science and biology. Topdrim was represented by members of several consortium partners. Marco Pettini (Aix Marseille) was a invited speaker and gave a presentation on Long-range electrodynamical interactions among biomolecules and prospective applications on biocomputers, Matteo Rucco (Camerino Univ.) presented their recent work jHoles: a tool for understanding biological complex networks via clique weight rank persistent homology, produced in collaboration with Jacopo Binchi, Emanuela Merelli, Giovanni Petri and Francesco Vaccarino. Emanuela Merelli (Camerino Univ.) took the opportunity to present Topdrim to the participants of the workshop. This workshop also counted with the presence of Jeffrey Johnson (Open University) that gave a half-day tutorial session on Hypernetworks Clinic – letting the data speak for themselves.

Pictures from the Workshop: